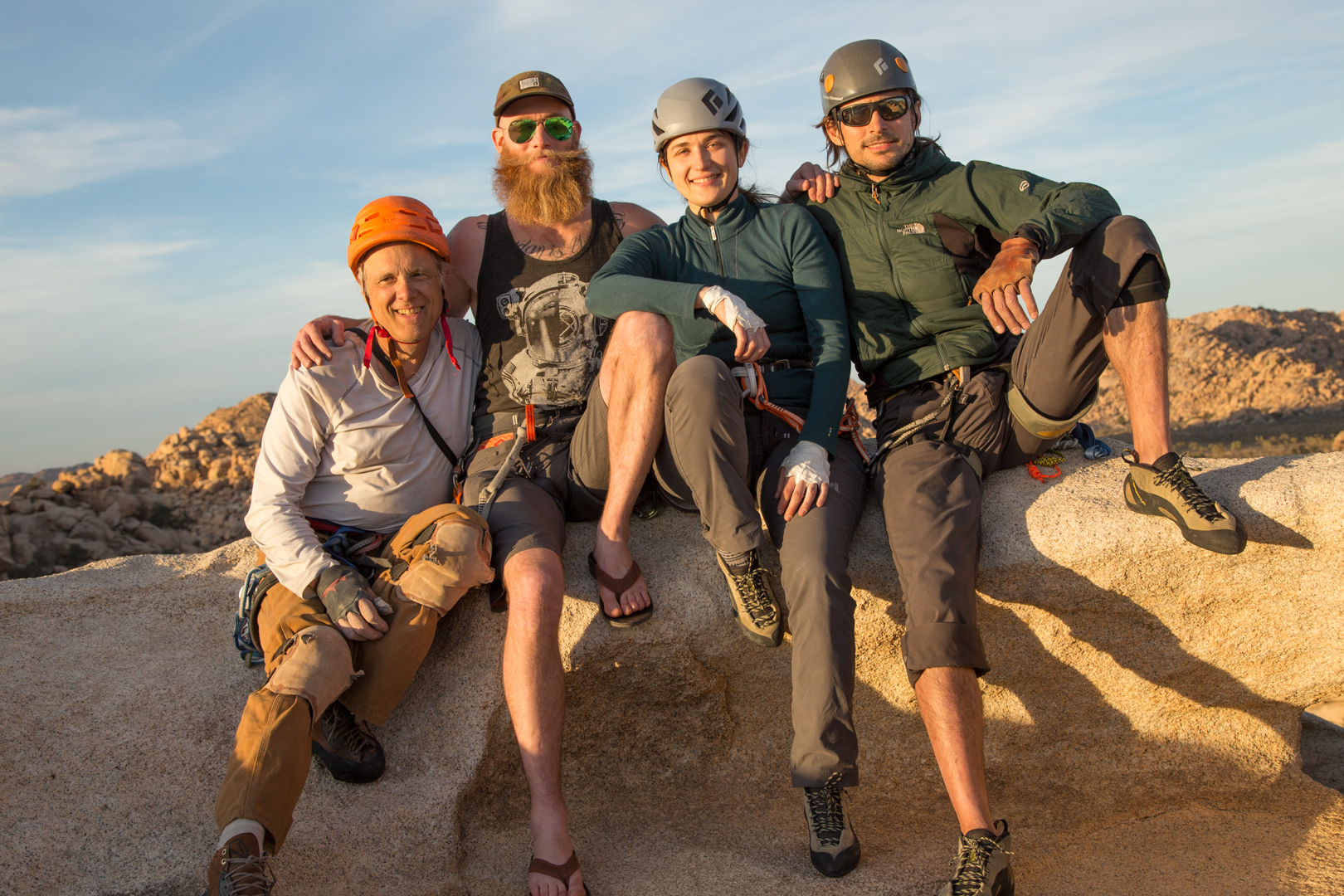 I just saw the Free Solo movie in a theater this weekend. It’s an excellent documentary style movie about what is probably the hardest, most dangerous human achievement ever recorded on film.

I can’t think of a single dangerous activity and or extreme sport that compares to what he did. Extreme base jumping in a squirrel suit comes close, but even that has some safety margin built in. You can fly away from the cliff and pop your chute early. And you are falling through the air, so peak physical strength is not a requirement.

In any other extreme athletic activity you can name, there is always room for a couple small errors. They won’t immediately kill you. What Alex did has zero room for errors. Oh sure, there were easier sections, but on the crux moves, like that boulder problem, he either nailed it or he died. Bouldering is normally done on boulders, literally 15 feet high, max. And there are piles of landing pads underneath you, with friends to help catch a fall. Alex calling that move a boulder move is strictly for Hollywood effect.

I hesitated to even buy the ticket because I knew I was contributing in a small way toward encouraging him to do more free soloing. As they say in the movie, all the best free soloists have died, with maybe a few exceptions. That guy he was talking to named Peter Croft has been soloing for decades and is still alive. Back in the eighties I used to see Peter every few weeks free soloing routes that I couldn’t even climb with a rope. He was a really nice guy, and would talk with average climbers like me and my wife if we had a question about a route.

We also used to see John Bachar at Joshua Tree every year at Xmas. He would be free soloing hard routes like left ski track. He looked so solid I would have felt safe on his back. As they said in the movie, John is dead now, he fell on a route in his late forties, ropeless.

Alex knows all this stuff. He knows all about our tribe of climbers. Some might consider him one of our leaders, though I’m sure he would scoff at the idea.

While I have tremendous respect for his skill and dedication to achieving his goal. I am troubled by the low value he places on living. We all have our ups and downs. But in general, I really like being alive. I hope to live to a ripe old age. Life is endlessly fascinating to me. I feel like my best years may still be ahead of me. This is in regards to my painting, which is just coming into it’s own in my mid sixties.

But regardless of your hobbies, or lack thereof, life always has something interesting coming around the corner. You might not even know what and or who it is…but it will be worth waiting for.

Alex does not seem to see life that way. He is, in the movie at least, so focused on his goal that he is willing to make that ultra dangerous  boulder move, or die trying. And to me, that means (normal) life is just not that fun for Alex. I could walk away from climbing tomorrow and still enjoy my life.

I have my hobbies, my amazing kids and my lovely wife…all of whom are climbers. But we also have other interests. Life is not focused solely on climbing. I love climbing, it’s the best sport in the world! But I’m intimately aware that it could kill me at any time. One small lapse in judgement and I could die. And I climb doing it the “safe” way, with ropes. But there is still plenty of danger. We try to minimize the danger as much as possible. But at a certain point, you have to just say: “These rap anchors held the last party as they rapped down, why would they fail on me?”

Some of the above words may sound like I’m passing judgement on Alex. I don’t mean to do that. We each get one chance at life. I’d like mine to be long, gosh, I keep hoping I’ll have time to finally get it right. Alex is different. He has goals, and he achieves them…so far. I have no right to tell him, or all the other free soloists and base jumpers how to live their life.

I do however feel sad for them. Life is a grand adventure. It stays good for a long time, it’s still good for me, and I’m twice Alex’s age. To be his age and already be willing to give it all up for a silly rock climb that you want to do without a safety rope. It just strikes me as sad.

On a side note, I should mention that I have done some free soloing. Back in my twenties Paul and I used to free solo some short sixes, and even a short 5.9. I was young, bold and dumb back then. I’m not proud of it, but it did happen. Even today, there are approaches to rock climbs that come close to free soloing. It would take too long to get the rope out so we simply “scramble”, knowing we are unlikely to slip. We call it dangerous hiking, or “approach pitches”. But most of the time a fall would not kill us. We’d break some bones…and spend some time in the hospital…so we tread very carefully.

I like to think that the kind of climbing I’ve done for 40 years can be compared to driving a car in bad weather at 60 miles an hour on a two lane road. One twitch of the steering wheel and someone could die. So we try to stay very focused on safe driving…and hope the other guy is doing the same. 37,400 people die in the US every year driving cars.

When climbing with ropes, we normally have layers of safety. If we slip, the rope will catch us. If we bang our head, we have a helmet on. If some of our gear rips out, we have more gear to back it up. If we think the climb has become too hard, or it starts to rain or gets dark, we build an anchor and rappel down. We are never faced with an all or nothing situation: Do this move cleanly or die right now. I value life too highly to get in that situation. I hope Alex gives up free soloing and lives a long happy life. He should have plenty of money now after this movie takes off.

« Preparing for a show | Pastel drawings and fixative »