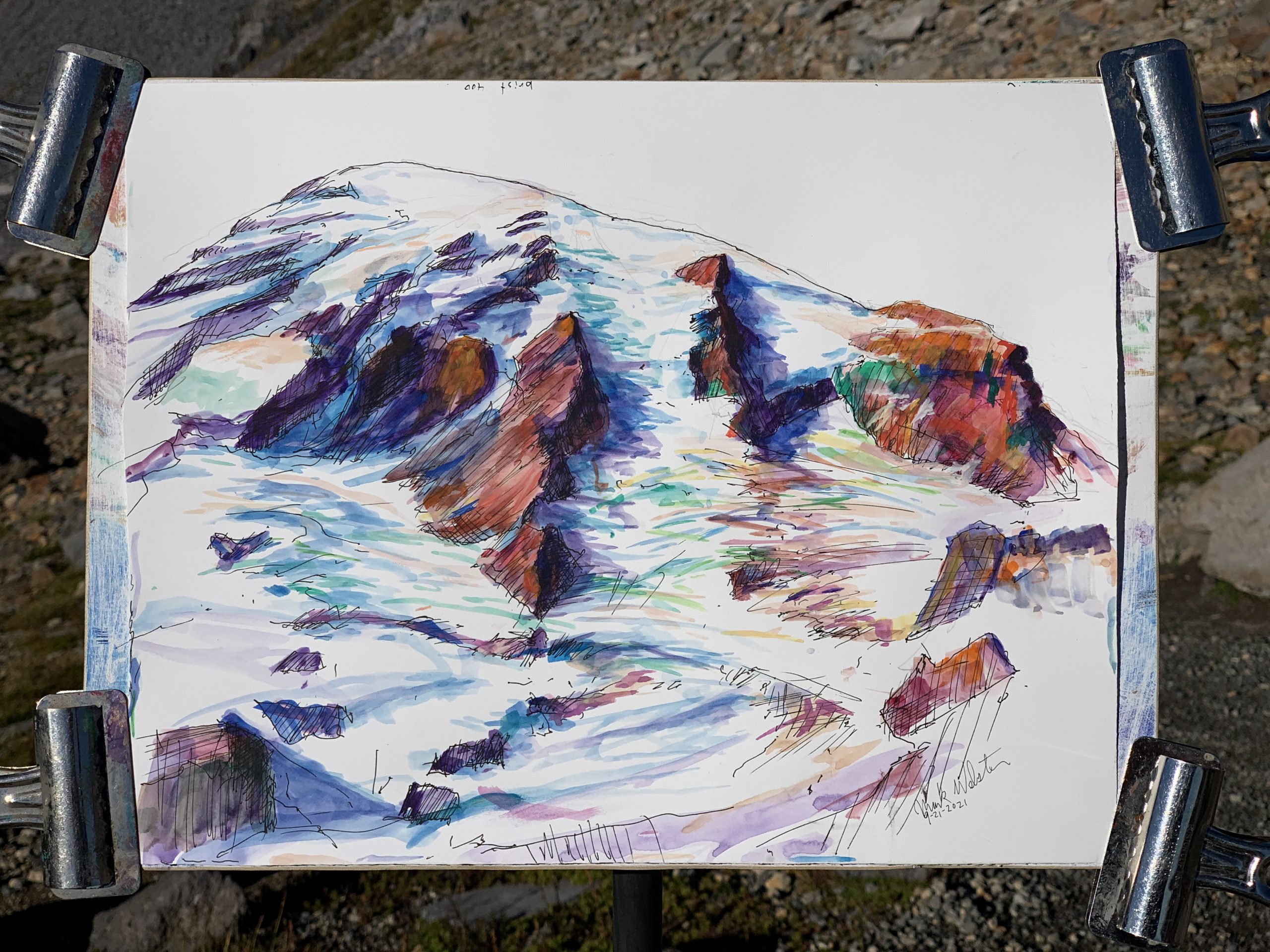 Since I wrote last I’ve been on two, week long road trips and numerous day trips to Index. James and I spent 5 days at Index climbing moderates. And just two days ago I returned from a solo trip to the City where I met 10 new ‘over 50’ partners in a Mountain Project event. It was a week long event and I had a great time climbing with new friends, some in their mid seventies.

I led all the standard moderates, both trad and sport. Highlights were Sinocranium with a party of grey and white haired folks. Who needs young people?

My best lead was the run out 5.9 Mystery Bolter route down at Flaming Rock. I also got to dance up Rain Dance, in the rain.

Tuesday I painted the mountain with Sue. She always drags me out hiking the minute I get back from a road trip. I’ll be suffering major jetlag from the drive and she’ll be like:

“Let’s go hiking, you can bring your paints!”

I was hiking with a major bad attitude up there, cursing life in general. But the mountain worked it’s magic. The Red Bull that I hauled up didn’t hurt either. First time I’ve tried to paint after one of those nasty brews.

I was really shocked to see the painting coming to life. We got a late start, so I had to rush the pen work, making copious structural errors. I finished most of it from 2:30 to 4:30. It’s not bad for a 2 hour rush job.