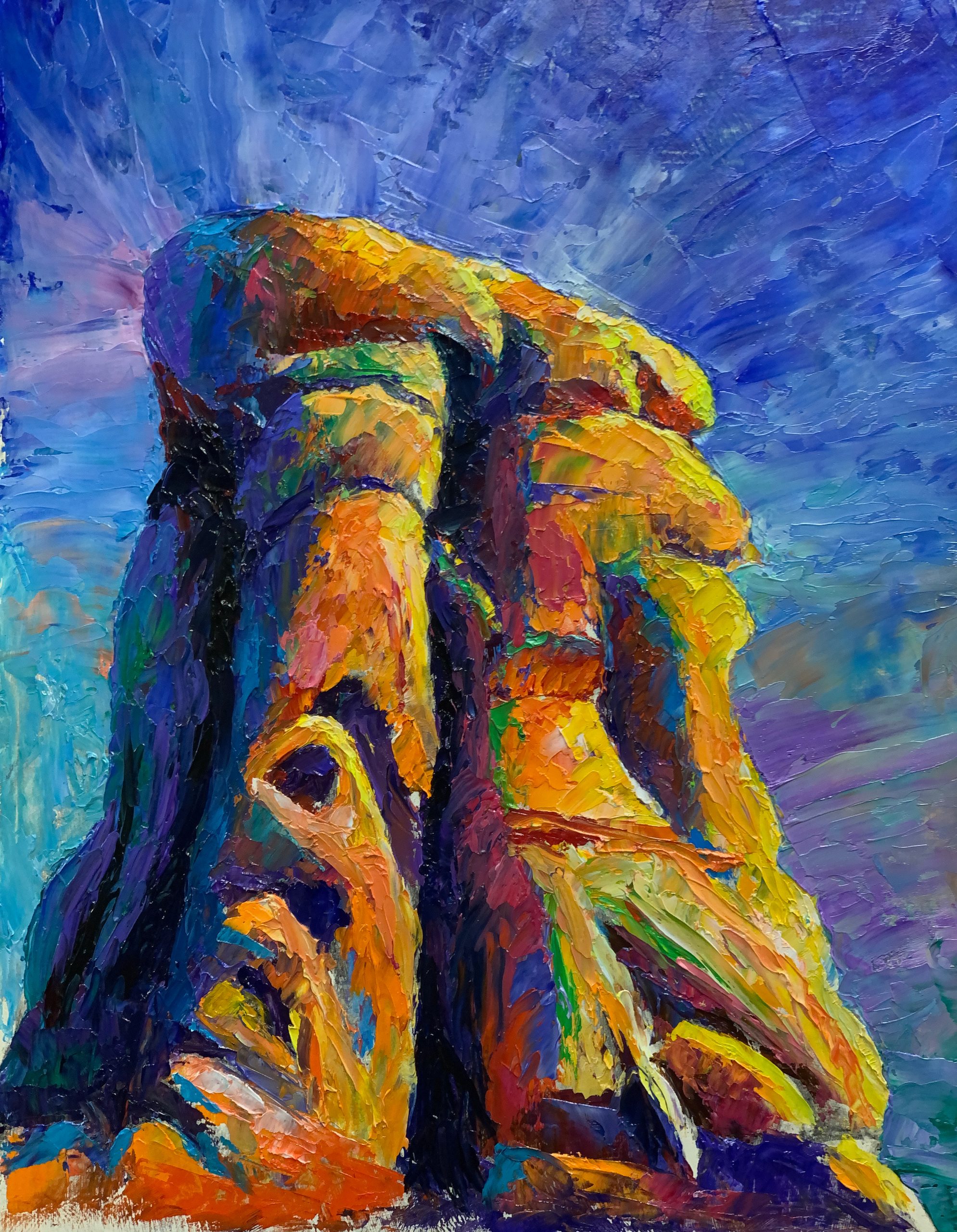 I’ve been sort of down in the dumps lately. I’ve been cranky around the house…just generally off my feed a bit. I think it might have started back in March when we got shut down by weather at Indian Creek. When I’m not painting (or working) I guess I rely on climbing as a source of…what is the right word…satisfaction? But life is what happens when you’re making other plans.

Anyway, I’ve also been fighting off a bad case of artist block going way back to last fall. I don’t feel at all like painting. Not even a flicker of interest for sketching around the house. Which is weird because I’ve got sketchbooks going back to my teens in 1971 where I’m drawing something every other day. It might just be a sketch of my hand, or a car in a parking lot. Point is, there was something driving me to make art.

And I know it is totally normal for that to come and go. Grandma saw this in me back in 1989. I was driving her home from a family dinner at dad’s house. I had shown the family some recent paintings and I’d also mentioned that I was blocked again…didn’t feel inspired.

She looked at me with those 94 year old eyes and said: “Mark, promise me you’ll never stop painting.”

“Okay”, I said, not really meaning it.

Grandma had an aunt who was a famous painter. She took grandma on a tour through Europe when grandma was a teenager…which would have been 1910?. She is listed in a book entitled American Women Artists of the 19 century. I checked it out once from the local library and there she was. I have one of her paintings, as does my sister.

A few days ago I had to repair a painting a collector had broken. I was really surprised that I was able to get inspired standing on a strangers back deck, painting a mountain that wasn’t there. I didn’t even have a photo, just a few other similar paintings from my “unsold” box. And yet, there I was, living in the moment, happy as a clam. I had my tunes on, she was coming and going but it was just like painting at the mountain. Nothing mattered but the magic flowing from my hands. I was happy. Go figure.

So with that recent history I finally followed through on my promise to Grandma. TBH it was also on my todo list. I brought a few monotone paintings of Josh out to the garage, set up my easel and painted Chimney Rock in full, glowing color. Just stood there and created from thin air. It was so good I was busting some moves to my iPhone playlist. Even more impressive is that I’ve been afraid of using full color in Josh. I could never color rock with oil. Always did it in monotone. Like, twenty in a row. Now that I’ve popped that cherry, I’m going to do one of Rainier. Watch out Grandma, Unky Mark is back.