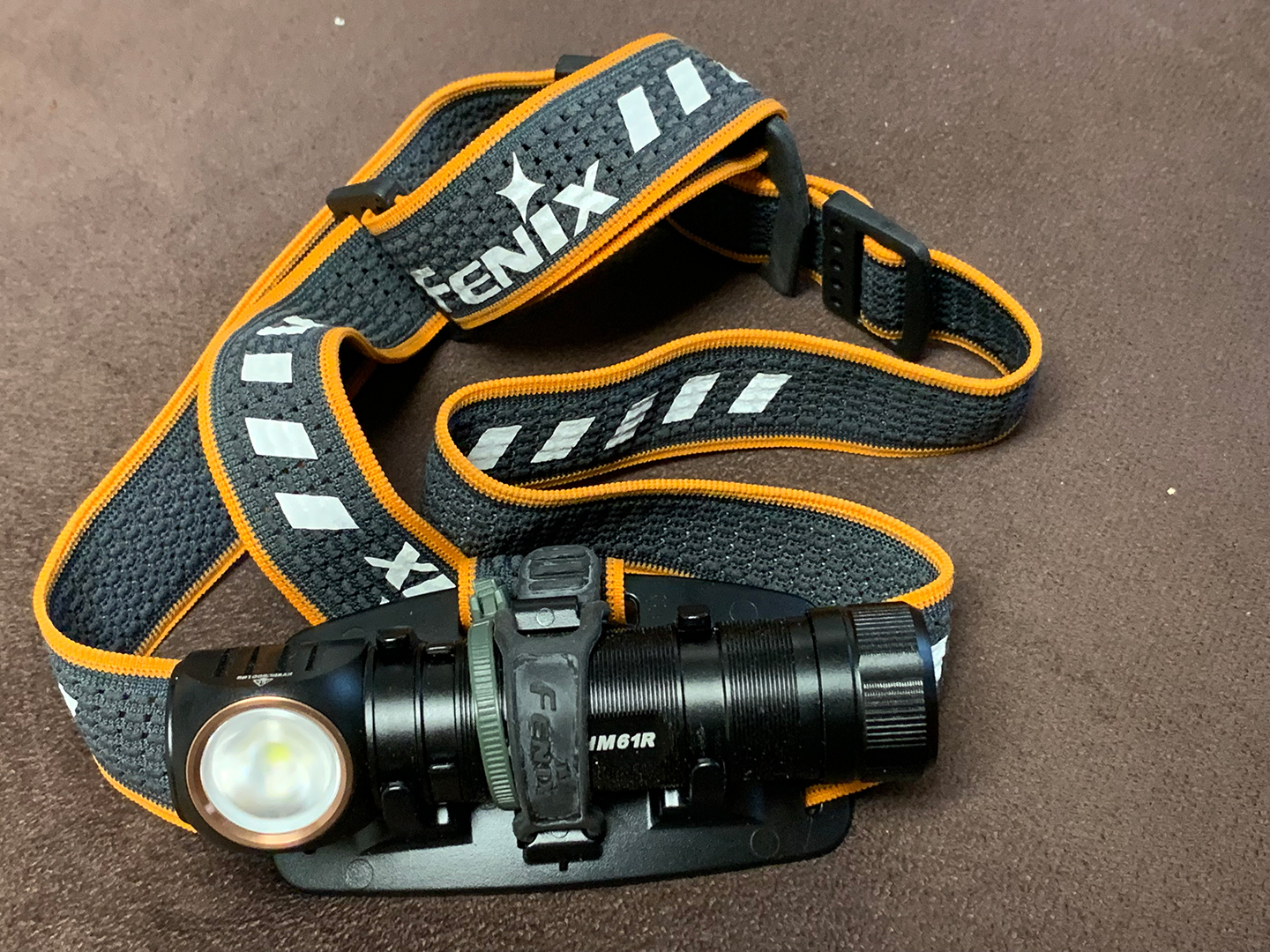 I’ve been rock climbing, backpacking and back country skiing since 1976. I’ve seen a lot of headlamps come and go over the decades. My latest was a $100 Black Diamond Icon with 500 lumens. It is still working, but like many of these new chip embedded plastic lights, it has so many functions that it will refuse to turn on occasionally, and my only recourse is a reboot by removing the battery. It’s also heavy with 4 double AA cells. This new Fenix HM61R weighs much less at 5 ounces, has over twice the lumens and is built much better. The engineering on this light is remarkable. Even down to how the threads are milled. Top notch manufacturing.
Pluses:
(1.) It has a lockout safety feature…you just unscrew the cap three quarters of a turn;
(2.) It has 7 different lighting modes including the red;
(3.) It has a magnet for attaching to a car hood;
(4.) The battery lasts forever in low light mode;
(5.) It will also run on disposable CR123 cells;
(6.) Press the button and it tells you the charge level;
(7.) It rotates smoothly and securely to a much wider range of angles than any BD or Petzl headlamp.
(8.) Crazy stupid bright on the highest setting. Who needs that much light?
(9.) Only weighs 5 ounces…lighter without the top head strap
(10.) Lens seems hardened…likely to resist scratching
(11.) Really pretty to look at…beautiful machining
(12.) Has a cool magnetic charger. Like a Macbook magsafe plug. So much better than a mini usb!
Cons:
(A.) The rubber strap that keeps it snapped in seems weak. As a rock climber descending a cliff at night, my life may depend on the headlamp. Easily solved with a zip tie, see photos.
(B.) It’s a tiny bit uncomfortable on the forehead if worn for hours. Easily solved with a glued on piece of foam.

On my last trip, I read for several hours a night for 5 days in a row on the lowest setting. It still had a full charge. That is one heck of a good battery, I bought a spare. Amazon does not sell just the battery, but Fenix does. My wife got the smaller Fenix headlamp…the one without the magnet and red function. It also seems great. I would buy these again in a heartbeat. If you are looking for the best headlamp, you found it.