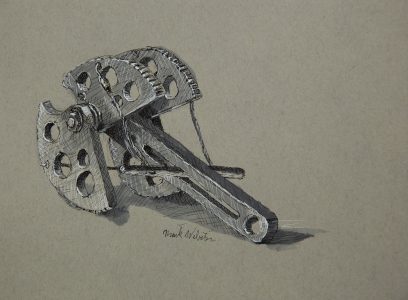 I’ve not written in a month. On December 12 I finished a my second dog drawing and mailed them both off to my brother. He knew I was into pen and ink and had taken the photographs of his dog and a friends dog with his new Nikon full frame DSLR. 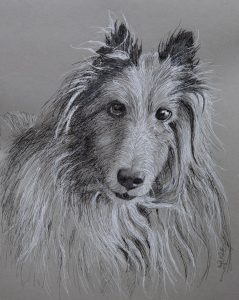 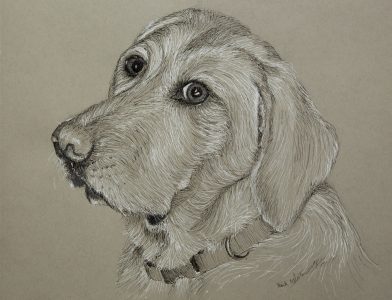 I was fully expecting them to think they were bad because so much of my art simply gets shelved. But to my great surprise, he sent me a nice check for the two drawings. Pricing pet drawings is anybodies guess. A quick check on etsy has prices ranging from $28 to $350. Mine take me around 6 hours to draw. Assuming I was drawing well, what would an hourly wage be? The whole artist pricing structure is a mystery.

With school out and commissions in the mail I was a free man. I drove to Jtree in 30 hours. It took me 4 hours to get the 30 miles from Tacoma to Olympia thanks to a massive truck wreck that blocked all lanes of I-5. At 2 AM I slept in a rest area somewhere in southern Oregon, woke up at dawn and drove the rest of the way to Jtree, arriving at 1 AM. I didn’t know it that night, but there is now free BLM land camping down there. I learned about it from a friend who is a travel nurse. He lives in his van and parks it either there or in the hospital parking lot. The BLM camping has been there forever…I just never hunted it down.

Hooked up with my friend Richard and Annie. We did a bunch of routes around Hidden Valley including Bousioneer and Hands Off. We loaned our top rope to Lilly and Matia who didn’t want to do the down climb off The Blob. Matia invited me to camp with them since they had an extra parking spot. Making friends at Jtree is the only way to get a camping spot. The campground is permanently full with climbers…but if you make a friend, you are golden.

Richard and I met up with L. at Hemingway where we climbed White Lightning 5.7 and Overseer 5.9. It got cold so we diverted to some sunny walls in the afternoon.

Richard advised me to take a rest day every 3 days to keep my fingertips healthy.  I painted the West face of Chimney Rock while Lilly drew the same scene in colored pencil. 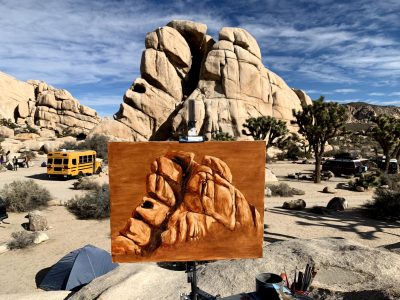 Richard set me up with Annie and we spent the day doing easy stuff like Mikes books and Double Dip. Annie is a lot of fun and works as a Nurse Practitioner. 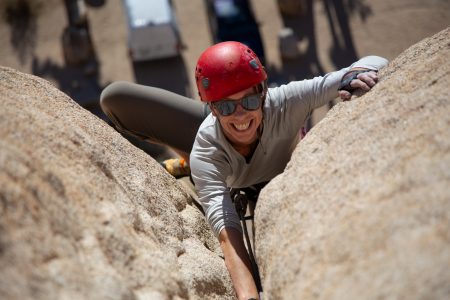 Richard, L. and Todd Gordon picked me up and drove us out to Outer Mongolia. It’s a one hour approach along the boy scout trail. Todd lives in Jtree and is a super nice guy. Later in the trip he invited everyone to his house for New Years. I chose to do the usual bonfire at Hiden Valley but regretted it. There were 3 drunks this year and it sort of sucked the fun out of it. I heard that Todd’s friend John Long was there. Several of my friends were there and got to meet the legendary Largo.

I took my campmate Lily over to Echo where we did double dip. I talked her into doing her first lead ever over by the Solarium. She aced it.

was another rest day. I painted chimney again, but from the north. The weather had been baking for a week straight by now. 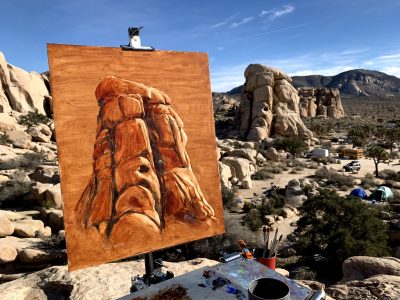 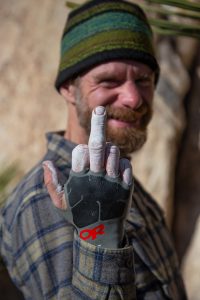 The days blur together

The routes blur together after Chad arrived. It got cold for the last two weeks. We still climbed but had to stay on the sunny sides. Here is a brief list:

Flake – me
Orphan – me
Dandelion – Chad
Bousonier – both
Papa Woolsey – both, Chad onsighted it in the dark
Double Cross and Sexy Grandma – both
Chalk up another one – Chad
Damper and Pinched Rib – me and Chad respectively
Stick to what – me
Popes crack & Touch and go – Chad
Heart and sole – Chad
Fisticuffs – me

Breakfast and the shutdown

Chad loaned me some bacon, man that stuff is good! There is something about camping in 15 degree weather that makes me hungry for old fashioned unhealthy fat. After the first week the government shutdown happened. The rangers opened the camping pay box and stopped charging for camping. They basically walked away from the park, leaving the doors wide open and all the park offices shuttered. There were still LEO’s patrolling and responding to rescues and car accidents…but it was a weird time in the park.

On 1-02-19 they shut down the campgrounds, turning the park into a day use area. It seemed dumb because our restrooms and dumpsters were in fine shape. Volunteers (Todd included) were bringing up TP. The only bad thing I saw was cars parked illegally and one tent set up on a trail by hung over New Years eve partiers. There were TV crews up there so I guess there was chaos in other areas of the park, but we didn’t see it. 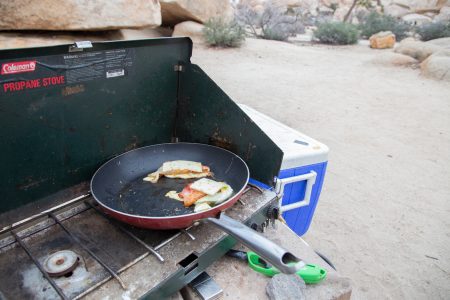 I was unhappy with this painting of Cyclops. I couldn’t get it off life support and considered wiping it down to blank canvas. But before that happened I decided to throw in some blue. It may be breathing now. Several friends who saw it liked it. 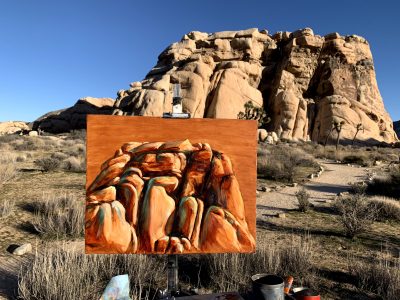 I’m home now and unemployed until April when I may have an opportunity to teach again. Trouble is I need a job right now…bills to pay and all that. I’m going to start looking for work this week. My wife saw me typing all this stuff and asked me who reads it. I told her no one, except maybe me in 5 years when I’m looking back and wondering where the time went. It’s fun to have a record.

« Strathmore toned paper | Being a parent is »