Our twenty year old Kenmore Series 70 electric dryer stopped heating last night. It would run, but would only blow cold air. I found this dryer repair tutorial on youtube.

I was able to fix it the next day for $60 instead of the $200 it would have likely cost. I could have fixed it for $30 if I’d wanted to wait for shipping. But it gets used every day and we didn’t want to wait.

Danger! Be absolutely sure you disconnect the power from your dryer BEFORE you take it apart.

I worked through the steps with my multi-tester and found that the heater element was bad. He explains it better, but the basic idea is that your multimeter has a battery inside it. When you set it to ohms, it sends current through the connection prongs on the heater element. I think he said to look for 9 ohms of resistance? Anyway, this means that the current from the multimeter tries to ‘get through’ the coil of the element but runs into a load…or maybe it’s called resistance. Point is, if it’s good, the current can get all the way through to the other probe, completing the circuit…but with resistance, which is measured in ohms. If you see a zero on your ohm meter, it means the current can’t get through at all…and this means a bad heater element. I took it apart and sure enough, the coil was broken. Looked like a broken spring.

I called a local appliance store and they had a replacement coil in stock. Took me a few hours total time. That was fun work. I like fixing things.

FYI: I am not an electrician. My instructions may be wrong. The youtube guy knows his stuff. I’m just a guy who likes a challenge and frequently gets over his head. I told Sue it might electrocute us when we turned it on if I’d done something wrong. There is 220 volts in there. My saving grace was to take a lot of photos of how the wires were connected as I took it apart. Then I just reversed the process as I put it back together.

The only way I can see this going south is if one of the connectors pulled apart and short circuited to the frame. The push on connectors seem flimsy. I was temped to soder them tight but didn’t.

« Phone case for climbing | Got past the blank canvas » 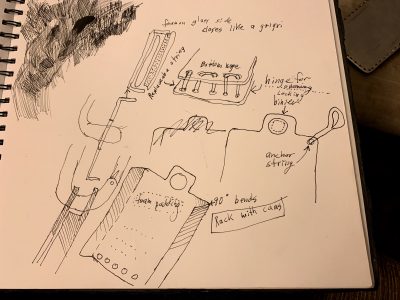 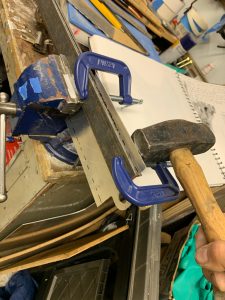 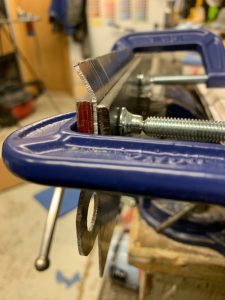 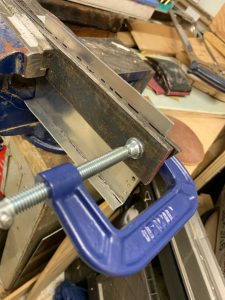 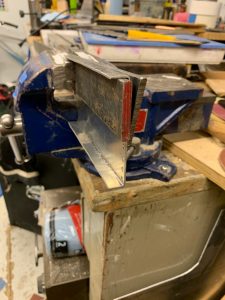