Full color self portrait in oil

I finished a 15 hour self portrait in oils yesterday. I am getting comfortable with this new medium. The learning curve was fairly short, and it gives me lots of ideas for rainy day painting in my studio. 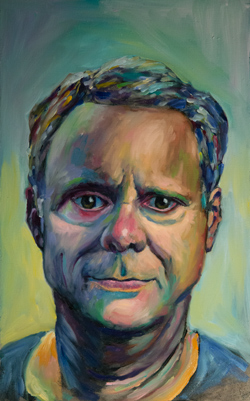 Self portrait in oil

I did my first new oil painting in 43 years last week. And I led Damnation Crack cleanly! I know painting and climbing have nothing at all to do with one another. What can I say…I’m complicated.

I have a box of oil paints I bought when I was 17. I painted for a few months, then gave them up. After seeing the wonderful oil paintings Barbara Newton is doing after she switched over from pastel, I had to give it a try. 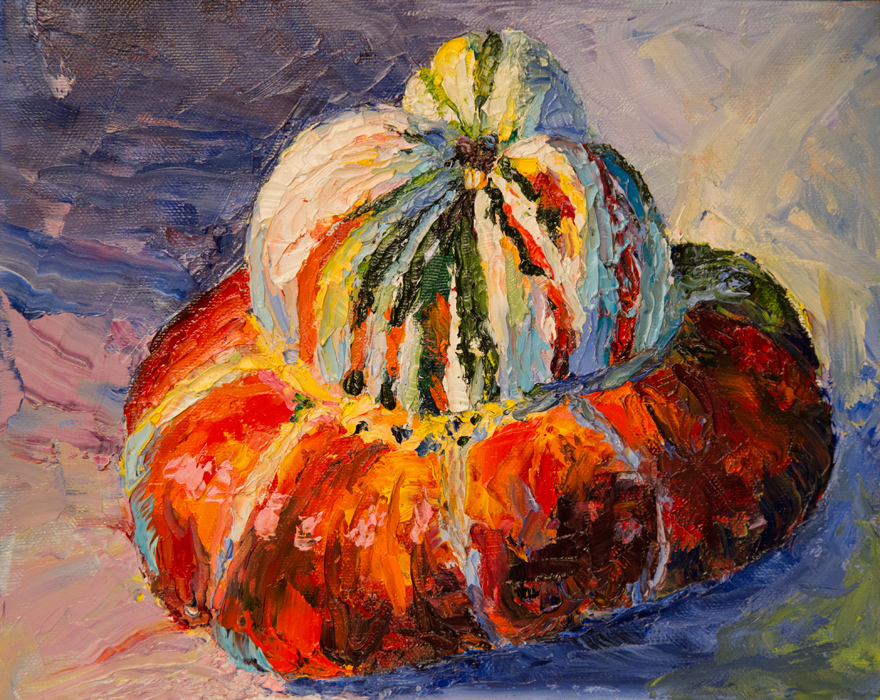 I also have wanted to try palette knife painting. To my great surprise, my first painting turned out absolutely amazing. I’m working on another one, thinking I might do a series. It seems that my eye for color and composition carrys directly across to the new medium. Who knew a new medium could be so exciting!

I love the freshness that comes through with knife painting. Every stroke has variety, as long as I don’t over mix the colors. And speaking of color, I no longer have to worry about having the right $4.00 pastel crayon…I can just mix it up for free from these old oil paints…talk about a blast from past.

5 paintings in State of the Arts Gallery

I have 5 paintings in State of the Arts Gallery in Olympia.  I went to the artist reception Friday night for the show that will last about a month. Here is my window on 5th avenue. 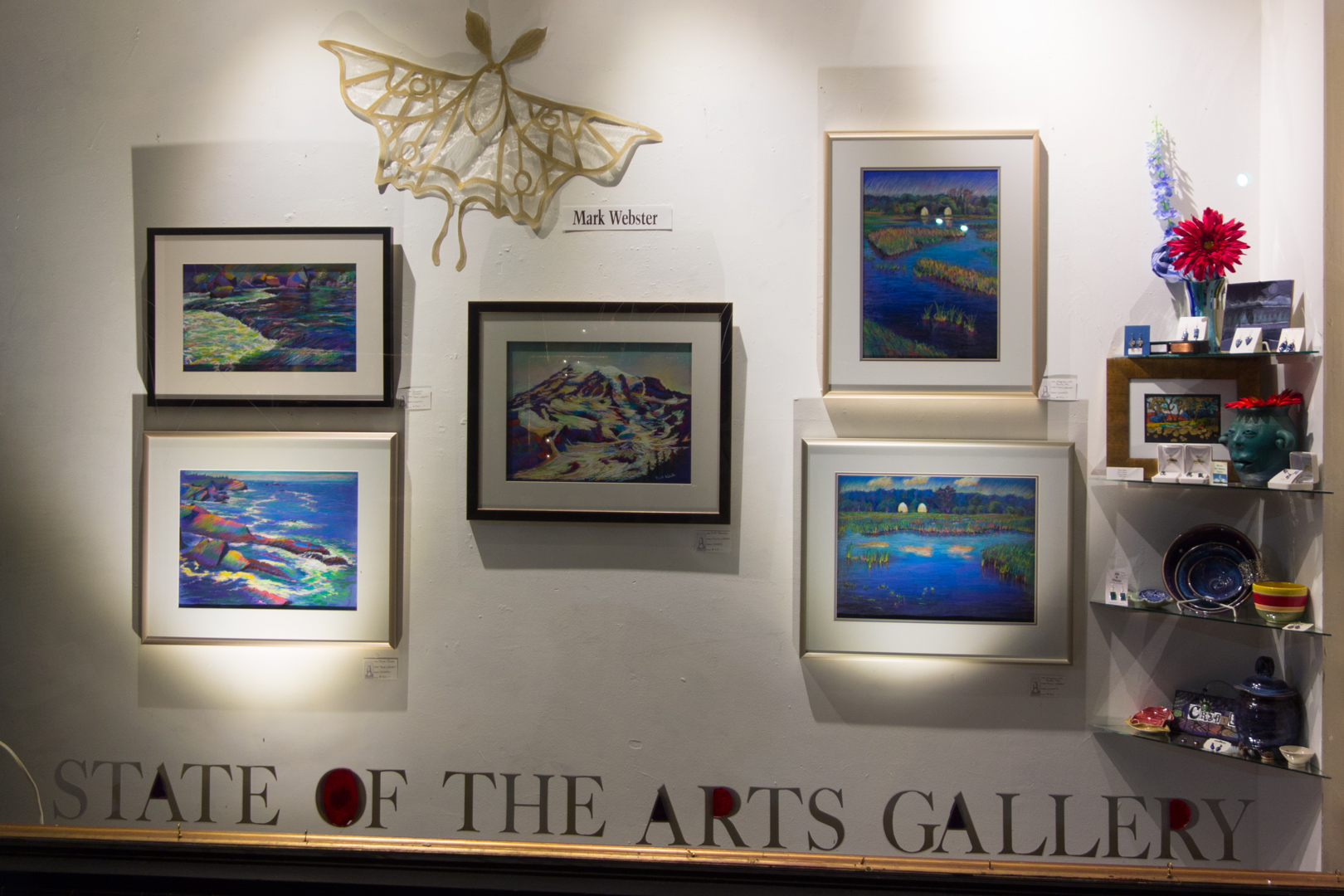 Five friends stopped by to see the show. I also met the Barbara Newton, who was the featured artist. Her work is stunning, and made me feel very humble. She has an understanding of color that I have not yet acheived. While I stood by my window of unsold paintings, she sold a $1100 painting to a collector who already has 8 of her previous paintings.

It was cool to watch, and I was happy for her. She was very kind to me and offered a number of great suggestions. She reccommended that I copy one of my existing pastel landscapes as 6×8 inch painting and sell it on dailypainter.com. She sells half a dozen paintings there some months for very economical prices hovering around $60 to $100. They are unframed, which keeps the costs down.

I’m thinking that this winter, I could copy some of my unsold paintings down to 6×8’s, and use oil as the medium. I started in oil back when I was a teenager, and still have that box of paints. I would love to experiment with palette knife painting.

My paintings will be there for a little over a month. As I watched people walk by my window, I kept reminding myself that I’ve really just started painting again this Summer. I’m coming out of retirement, and can’t expect to be as good as a full time professional artist. Even if my paintings don’t sell, I’m going to keep at it. After all, Van Gogh sold one painting in his entire life. He had the passion to keep going even when the art community ignored him.

I’ve already sold over 60 paintings, and that is as a weekend painter. I should be able to improve considerably over the winter. Perhaps I will even get good at oil paints. I love the way they look. They can be loose, or as tight as anything. They are cheaper to frame…often hanging with no frame at all. They are also cheaper to use, and simpler from a materials stand point. I’ve often wanted to work on larger paintings, but pastel is so expensive to use, while oil can be very economical. It’s going to be a bit of a learning curve…but I’d far rather spend it learning to do something I love, instead of learning another programming language like C+, or Java, or Python. I mean jeez, give me a break. I love web design…but only as a job, it’s not a consuming passion anymore, and I certainly don’t want to do it full time.

Still, with my reduced hours at work, and no paintings selling right now…my visa card is rapidly becoming a monster. We had a wheel bearing hub go out, and a fridge. The bills keep coming in. But I guess that is life. I have a painting to work on in the studio, I’m out of here. 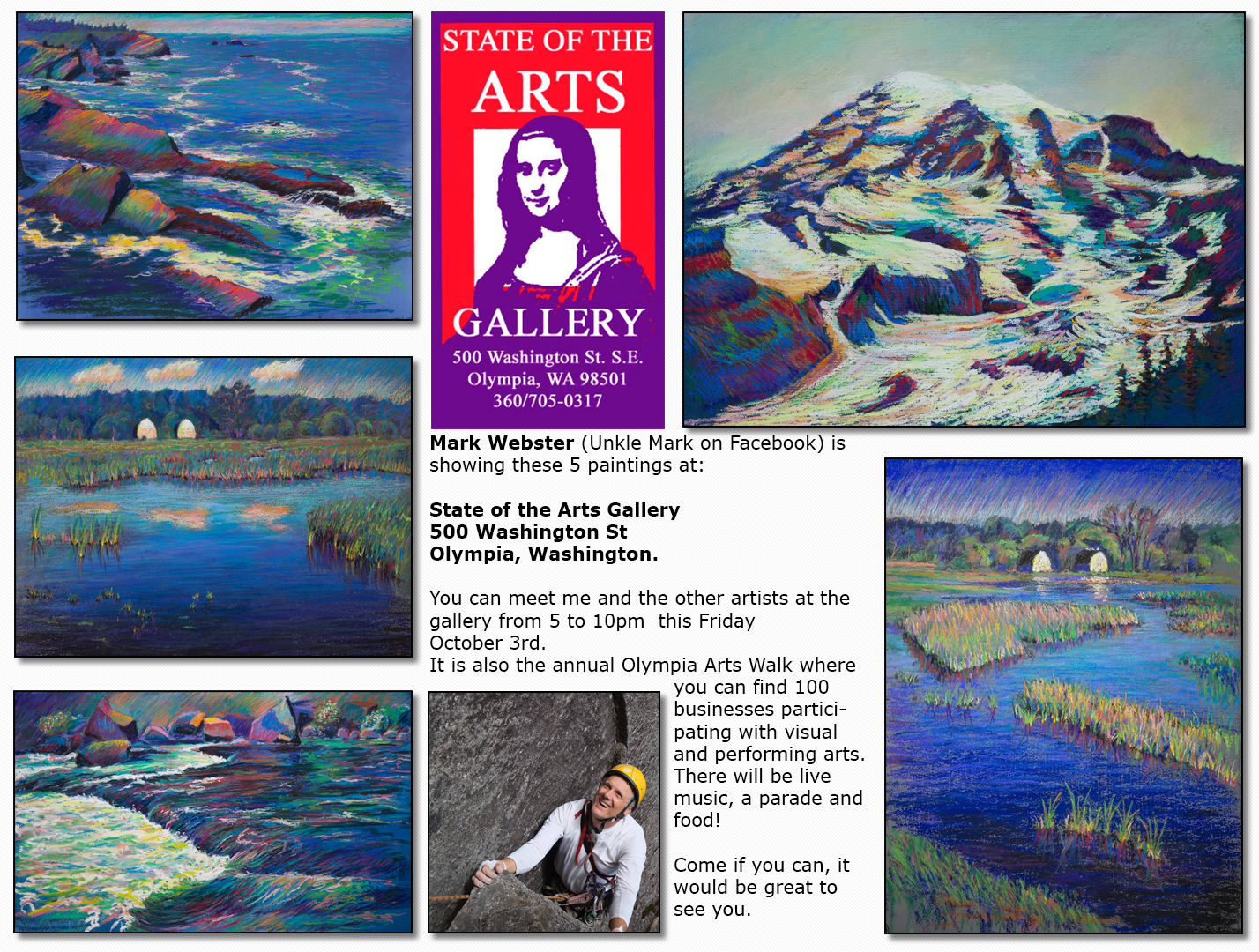